What exactly is an MTA, and why do you need one?

Mr. Jackson is a former US Navy Chief Petty Officer. He has spent almost two decades in military service with a large portion of that as a tactical instructor.

During his years in service, he has been part of fielding teams, mobile training teams and interacted with other branches of the US Military as well as foreign military units.

Since leaving the Navy, he has served as an advisor for diplomatic security and as a private military contractor.

He is an author, an outdoor survival instructor, serves as a disaster mitigation consultant, and is a Military Technical Advisor for several published authors.


For every author there is, or should be, a requirement that they conduct due diligence research. That way they will be to provide enough details that the reader is immersed within the story they tell and not taken out by something that just doesn’t sound right. Research is extremely important.

Due diligence would require that the author be able to describe the locale that their story takes place in in intricate detail. How many times have you read something where the story fails to cover some basics and just plain falls short? The concept is simple to understand.  If a story is set in Washington D.C., there are a lot of locations that are known to the locals that won’t be something that Google maps will show. Case in point, there is a museum close to the Smithsonian Complex that is not part of that complex, that contains medical oddities. It’s often mistaken as being part of that complex yet has no association with it. Some of the locals know of it, but tourists would be hard pressed to find it.

While that is one example of something that could be added in to a novel to increase the details, another example was a novel I read many years ago that was a spy thriller set in that same city. The details were so intense that years later, a tourist that had read that same book, traveled to D.C and was amazed that the location was just as true to life as depicted within the book. He visited the Lincoln Memorial and went downstairs to see if there really was a drinking fountain right outside the door to the restroom. It was exactly as described. When the tourist reached under the fountain to see if there was space for a magnetic holder, a key element within the book as it was used as a message for the main character, he was amazed to find one. Inside, there was a simple note, “Good book, wasn’t it?” 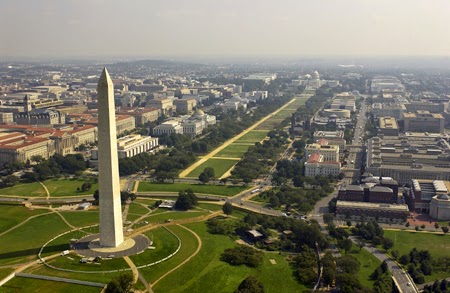 Why, you may ask, when Google can provide “everything” you need?

Google can only provide so much. Without someone who has actually been in the military, used the equipment, been on a deployment, or used that particular weapon system, how accurate can an author really be if they only rely solely on Google?

Military Technical Advisors are commonly found in Hollywood working within the film and television industry. While those companies, extremely prevalent and numerous in and around Los Angeles, provide their services to directors, actors, and screenwriters, there are very few that provide any kind of service to authors. The world of writing is overlooked for the most part, by the MTA industry. Apparently, it just isn’t worth their time and effort to work with authors as all the ’big money’ is in the film industry.

That’s where The Ward Room comes into play.

What, pray tell, is this Ward Room? The Ward Room is a site where authors can go for information about weapon systems, uniforms, rank structure, and even some general information about locations around the world. There is even a page for Writer Resources that breaks down ‘basic’ information and covers some of the most common mistakes. If the information an author seeks is not listed on that page, then they can contact the site and request that someone review their work. There are two free services offered that any author can take advantage of. If they want a more thorough insight, there is also a listing for premium services.

Why is this even important if the book is fictional? In every fictional work, there is something based in the real world.

Let’s put that into perspective. There are millions of fictional works out there that could use the services of a MTA. Several particular issues come to mind. In a book I recently read, a supernatural thriller about a reporter investigating a cult, there was one scene where the main character was handed a Gloch handgun. I’m sure the author meant Glock but that slipped past not only the author but the editor as well. In another novel, a character popped open a revolver and spun the cylinders before engaging the safety. How is that even possible? A revolver has one cylinder with chambers. The way it was described was that the revolver had multiple cylinders. Revolvers, for the most part, do not have a safety like other conventional handguns.

Even big name authors, New York Times bestselling writers could use the services of a MTA. In a novel by a well known military suspense author, he placed the 3/75th Ranger Battalion at Fort Lewis, Washington. At the time that the novel was written, Fort Lewis had already been combined with neighboring McChord Air Force Base to become Joint Base Lewis/McChord, a joining that had taken place several years prior. While that’s a minor issue, one that Google might have shown, the major issue was that 3/75th Ranger Battalion is stationed at Fort Benning, Georgia and not JBLM. That is another case where a simple email to a MTA that specializes in assisting authors would have prevented this error and the many others that the novel was riddled with. 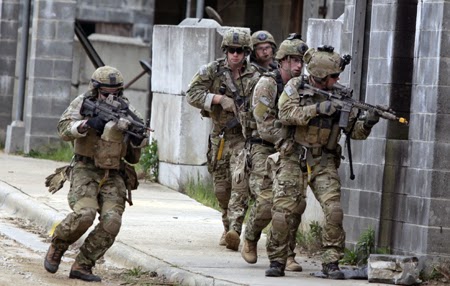 Consider other fictional books with a real world setting. I can’t tell you how many times I’ve read a book that contained characters that were part of the US Armed forces and the rank structure was way off. Sergeants, Majors, and Colonels in the US Navy? Not going to happen. One book that stands out, I won’t name the title or author, depicted a lieutenant general attempting to evacuate his unit out of Egypt while under siege from an army of the undead. I had to pause several times and ask myself just what size unit was this general in command of? He apparently had no staff, no logistics unit, no air support, no artillery, no headquarters section and he micromanaged what was described as a company sized unit that apparently had no other officers at all.

That is micromanaging to the Nth degree. Imagine a general officer directing privates, corporals and sergeants. Not something that normally happens. Later in that same book, the general was able to squeeze his entire unit onto an Arleigh Burke class naval vessel. In the real world, that general would be in charge of a division sized unit or larger. A division is approximately 10-15k troops. He would have a command staff made up of other officers from colonels on down to lieutenants, and a senior enlisted staff. That staff would have told him that there is no way a division would fit on an Arleigh Burke class vessel; there ‘s barely room for the crew.

As you can see by the example provided, Google can show some results, very generic results, but falls short when in comes to specific details. To get the real deal, the inside scoop as it were, authors should consider the use of a Military Technical Advisor. The Ward Room offers such a service. There are several free services available that can readily answer questions and address issues. There are also premium services for authors and publishers that want more.
The Ward Room is a resource that enables authors to enhance their work. Take advantage of it.

Check out the Ward Room at http://wdrmmta.wordpress.com/.

Look for these James Jackson books coming from Permuted Press: