There are so many reviews and interviews from the last couple of months floating around, I thought I would put them together in one comprehensive list just so those interested can take a look at what’s out there. I will eventually be putting all this up on my website, but in the meantime…

A great review of LILITH by TT Zuma of Horror World: http://horrorworld.org/hw/2013/01/lilith/

Another cool review from Jim Mcleod at Ginger Nuts of Horror
http://thegingernutcase.blogspot.com/2012/12/review-lilith-by-toby-tate.html 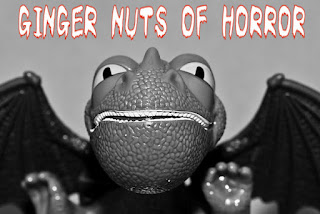 Another great one from Jennifer L. Oliver’s blog
http://jenniferloliver.com/2013/01/behind-the-quill-reviews-lilith/

Got a thumbs up from Library Journal, but you need a subscription to read the whole thing
http://www.bookverdict.com/details.xqy?uri=20461865.xml

Here’s a fun interview I did with Kent Holloway, publisher of Seven Realms Publishing
http://www.kenthollowayonline.com/2013/01/let-me-introduce-you-totoby-tate.html

The Five Minute Interview series with Jim Mcleod of Ginger Nuts of Horror from the UK
http://thegingernutcase.blogspot.co.uk/2013/01/interview-5-minutes-with-toby-tate.html

My interview for THE BIG THRILL webzine
http://www.thebigthrill.org/2012/12/lilith-by-toby-tate/ 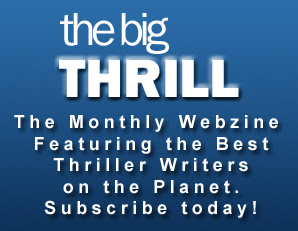 The Thriller Roundtable, where I answer the question, “Which authors have inspired you?”
http://www.thebigthrill.org/2013/01/january-7-13-which-authors-have-inspired-you/#comment-5508

Another Thriller Roundtable, where I answer the question, “How do you determine when a story is ready?”
http://www.thebigthrill.org/2013/01/coming-january-28-february-3-how-do-you-determine-when-a-story-is-ready/

I’m also being interviewed for my local paper and will post a link to that when it becomes available. If these interviews and reviews make you feel like purchasing a book or two, the links are below. Thanks for reading!

Want to order a signed paperback? Just call Page After Page bookstore at 252-335-7243, and get free shipping anywhere in the U.S.!

WIN A SIGNED COPY OF LILITH!

The best way to sell a new book is by word of mouth, so I am offering a copy out of my personal stash of LILITH paperbacks to be given away in a drawing. 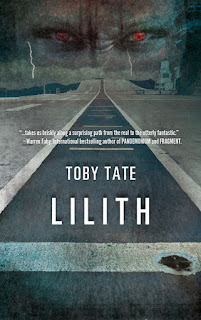 Basically, it goes like this: Be one of the first ten people to buy the e-book and write an honest review for LILITH on Amazon, and you will be entered into a drawing to win a signed and personalized trade paperback of LILITH. Believe me, that amazing artwork on the cover looks even better in print than it does on an e-book.

Also, I will digitally sign the e-book via Authorgraph.com for everyone that buys an e-book between now and March. Just go to Authorgraph and type in LILITH, and it should come up. What more could you ask for than that? Besides, if you keep it long enough, it could be worth money someday – you never know!

Plus, when the sequel comes out, you’ll be all caught up!

Happy reading!
Posted by Toby Tate at 8:42 PM No comments:

LILITH released into the world!

It’s a great feeling seeing something that I’ve spent the last couple of years laboring on so intensely, finally being set free into the world. It seems that keeping myself sequestered in a small room in front of a computer monitor for hours on end, living on cashews and coffee, actually paid off! In just the first couple of days, LILITH reached # 27 in war fiction and #64 in horror. Not bad.

My love of the fantastic and weird, coupled with my interest in military black ops, was something I always wanted to get in writing. My background in the Navy provided the perfect experience to draw from since I had worked right next door to a SEAL team and watched how they operated. In the Sea Bees we even had an ex-SEAL as a commander who had us exercising our asses off every morning. Talk about tough.

Though the book has been released, my work as an author is just beginning. In just the last week or so, I’ve written several blog posts, sent out tons of emails, Facebook posts and Tweets, written a post for the International Thriller Writer’s roundtable, done an interview with The Big Thrill and worked on edits for my young adult sci-fi thriller, THE GOD PARTICLE. I’ll also be calling bookstores, doing newspaper and podcast interviews, attending book signings and working on writing the sequel to LILITH, which will be even more thrilling!

One thing I know is I could never do all this alone. My wife and daughter have offered more support than I could ever have asked for, and the people at DarkFuse, especially Shane, Greg and Dave, have been amazing to work with. I couldn’t be happier with how well the book turned out, and judging by the reviews, most people agree.

When you get a chance, check out LILITH in ebook and paperback on Amazon or B&N.com.

You can also get more info on my website.

Thanks for reading!
Posted by Toby Tate at 10:54 AM No comments: