Okay, so you found a publisher for your great American horror novel and you have a release date. Most of the editing is done and now maybe you’re just missing the finished cover and copy edits.
In the meantime, what do you do?
As you probably already know, especially if you’ve been through this before as I have, the work is really just beginning.
The past couple of weeks I have spent feverishly putting together a new website, one that looks professional and will hopefully make me look professional. I put in lots of links to other sites, mainly authors and publishers that I know and like, and pages concerning my outside interests, such as music. 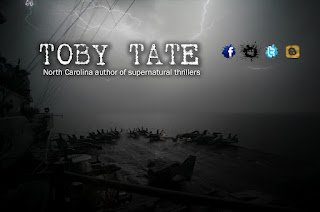 I also like to get people involved with the process of publishing, especially since a lot of my fans are writers, which is why I started this blog. I know that I always looked for blogs like this when I was just starting out. I love to see things from behind the scenes.
I am also revising a manuscript for a young adult novel I have been writing for the past few months and will have that done, soon. Then I will have to begin the whole process of finding a publisher over again. Yay!
I have also begun to look at the various aspects of marketing my new thriller, LILITH. My publisher, DarkFuse, has an excellent marketing director named Dave Thomas, and I know I will be working closely with him, so there will be a lot he can help me with. But as an author, I am also responsible for selling my book. I need to find the best options for reaching my target audience by using tools such as blogs, message boards and advertisements, and go from there.
I also do freelance writing for my local newspaper and other things, so that keeps me running, too.
Then, there is family. Got to cut out time for them somewhere along the way, right? Since I work from home, it seems like it’s usually the other way around—I’m trying to cut out time to work!
So as you can see, it is possible to stay busy while waiting for something else to work its way through the process. But waiting isn’t so bad. After all, I’m doing what I love, so what more could I ask for?
Posted by Toby Tate at 9:10 AM No comments:

A Novel View of the Editing Process

Ever since I finished my first thriller, DIABLERO, back in 2009, I have been involved in the editing process in one way or another. Now with my second novel, LILITH, I have embarked on a new journey with a new editor and a new publisher and so far it’s been a great experience.
First of all, my editor, Greg Gifune, is a best-selling author with a dozen published novels and hundreds of published short stories under his belt. That in itself can be intimidating. But I knew I had a great book so I was confident that it would need a minimum of editing. After all, this was my second novel and I had already reworked it several times. It should be good to go, right?
Wrong answer. I found out that I still have a lot to learn. Compared to most of the authors in the DarkFuse catalogue, some of whom are probably half my age, I’m still a greenhorn. Luckily for me, Greg is not afraid to work with greenhorns.

Don’t get me wrong—I know it’s a good story. Getting a deal with DarkFuse proves that. But it needed work, from grammar to punctuation to continuity. My first book was the same way, but I have definitely improved since then. I look at some of the writing in that book and cringe, though it’s still a great story.
The thing I like most about working with an editor is having that objective viewpoint. Some of the scenes in the book that I thought were serious got a good laugh from Greg, and some lines I thought were funny just fell flat. A professional editor has a good eye for those things and that’s a priceless commodity when you want your book to rise above the fray.
Seeing all the red notes on my manuscript seemed a little daunting at first, but Greg talked me through it and explained everything to the point that I felt confident making the changes that were needed. I spent hours restructuring sentences, adding commas (I’m terrible about not using commas), showing instead of telling, changing dialogue, and even adding a new prologue.
At 3 a.m., I finally hit “send” on my email and then dragged myself to bed.
Was it worth it? I think it was. I had written a good story, but just like a race car, it takes more than just a driver. It takes a crew to fine tune it, shine it up and make it the best it can be. After all, there are a lot of other cars on the track.
Soon I’ll be getting a look at the cover art and talking to the marketing department about the next phase. I’ll keep you posted. Thanks for listening!
Posted by Toby Tate at 9:19 PM 2 comments: